At Jenin Supply, we pride ourselves in offering the best HVAC parts and components in Bridgeview and the surrounding areas of Illinois. And yet, HVAC and air conditioning is such a common part of our lives that it’s easy to forget how amazing it really is. In the modern age, air conditioning is something we take for granted, but in reality, it’s something that has changed the world in many profound ways.

Consider the average house in the 20th century before AC was commonplace. In hot areas of the country, each home would have the same defining features — thick walls, a high roof, open corridors, and sizeable patios with sun covers. These features weren’t just for looks; they each exist to mitigate the burden of hot weather.

Thick walls acted as a better insulator against extreme weather, while high roofs allowed the hot air to rise, keeping the living areas cooler. The open-ended corridors were useful for letting breezes pass through, and the patios offered a respite from the inside if the home became a hothouse from the sun.

Skip forward to today, and things are much different. Before the 21st century, you’d never see a skyscraper in a desert climate, or an extremely hot and humid area — the heat would be absolutely killer. You also wouldn’t find buildings that don’t have the characteristic heat-mitigating features mentioned above. But now, buildings of all shapes and sizes are able to exist in any location, all because we no longer have to worry about designing buildings around the climate.

It Does Wonders For Common Technology and Medical Science

Here’s a fun fact about air conditioning that is highly relevant to this point — did you know that the first instance of modern AC technology wasn’t at all designed for human comfort? In fact, it was designed for a printing company who was struggling with erratic humidity levels.

Back in the day, it was bad news to have varying humidity levels in the presence of a printing press. It not only affected the consistency of the ink, it also warped the paper. This resulted in wildly inconsistent results between printing runs. Frustrated, Sackett and Wilhelms Lithographing and Printing Company in New York sought a solution. Willis Carrier, a bright engineer, eventually came up with a solution that laid the foundation for modern AC tech. It wasn’t long, of course, before people realized that this had a variety of other useful applications.

Air conditioning would go on to be employed in countless different applications. One of the biggest beneficiaries of air conditioning was the medical industry. How many times in movies and TV shows have you seen important medical components stored in cooled boxes or refrigerators? This isn’t just movie mumbo-jumbo — the ability to cool things has lead to major advancements in the medical industry. Not only that, but medical science no longer has to be dependent on location.

It Shaped the Hollywood Blockbuster Industry As We Know It

The term “summer blockbuster” is embedded in the film industry, a term familiar to both Hollywood executives and movie audiences. But did you know that this may not have been a reality, if not for air conditioning? In fact, before the 20s, people weren’t seeing any movies during the summertime — it was simply too hot, and nobody wanted to be packed in like sardines with other people in a stuffy, dark room.

Today, temperature has little impact on when we decide to see movies, but the summer blockbuster became such a tried-and-true tradition that it remains in force today. Nowadays, all the biggest and best pictures come out during the summer and holiday seasons, with the time in-between being considered the “off” seasons.

There are many more ways that air conditioning has impacted the world, but for now we’ll close our blog by saying that AC is truly a wonderful technology that gives us more comfort than we even know. For that reason, it’s very important to make sure your system is up to date and running well with the finest parts and components. When parts of your HVAC system start going bad, it can snowball into much bigger problems if left untreated.

Don’t deal with the stress of a malfunctioning air conditioning system — instead, stop by our HVAC supply store in Bridgeview, IL. Got any questions about our products or business? Be sure to contact us today! 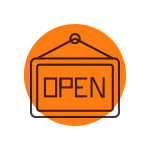 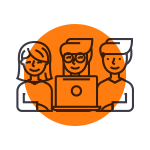 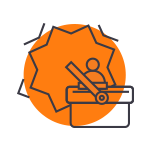 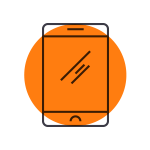